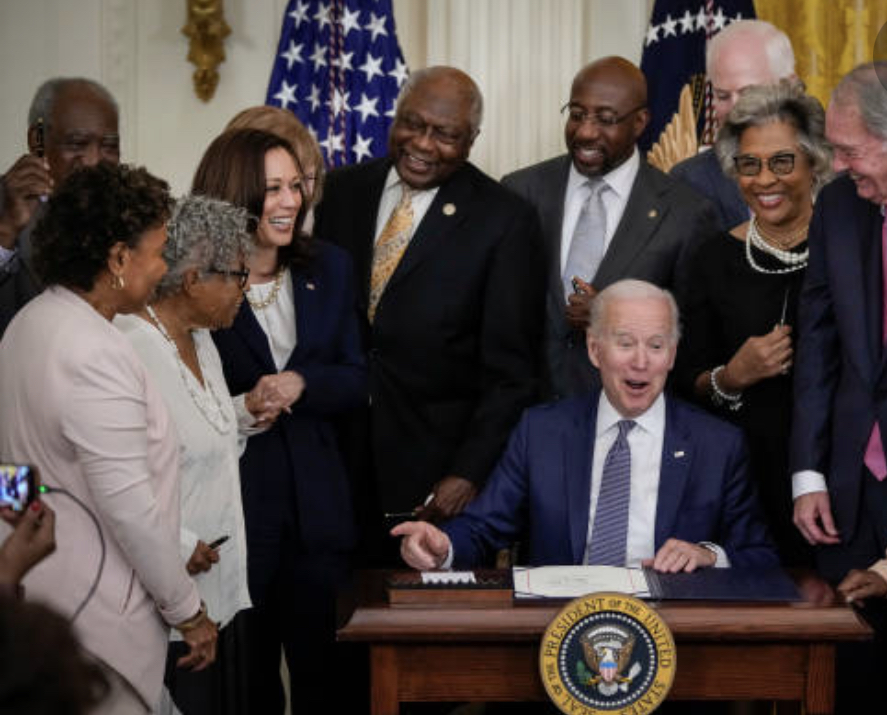 It won’t be long before November is upon us, and some black voters, most importantly,  want some answers. Especially with midterms being so crucial to how the next two years will play out.

We previously covered some of the president’s promises to black voters back in 2020. His main two promises were tied to voting rights and police form. Neither promise was fulfilled; however, other legislation was done specifically for different races and ethnicities.

So fast forward to now, and we still don’t have much progress. Things are looking dire, and I don’t know if they will get any better. The focus right now is on the Ukraine and Russia war. The administration is sending billions in military aid to help Ukraine with its fight. The two main promises heavily promoted on the campaign trail (and website) are no longer brought up.

This has resulted in many black voters being upset and angry due to nothing getting done. They have a right to be because of how black voters came out and voted for Biden. The administration plans to make another announcement in August related to student loan payments. Which will be used to appeal black voters.

This strategy is going to be used to get voters back on his side right before the midterms in November. But that support is not looking good due to no specific legislation being passed for black voters only.

Black voters worked hard and did a lot with their efforts in organizing and educating voters for the last presidential election. Now we are two years in, and black voters have watched things get done for other specific groups of people while we have nothing to compare, which is disheartening because black voters always support the Democratic party.

The patience is running out for some, and some are exhausted with the same results every election.

Some may say that “it’s only been two years” or “give him some time.” But in the wise words of James Baldwin, “You always told me it takes time. It’s taken my father’s time, my mother’s time, my uncle’s time, my brothers’ and my sisters’ time. My nieces and nephews’ time. How much time do you want for your progress?”