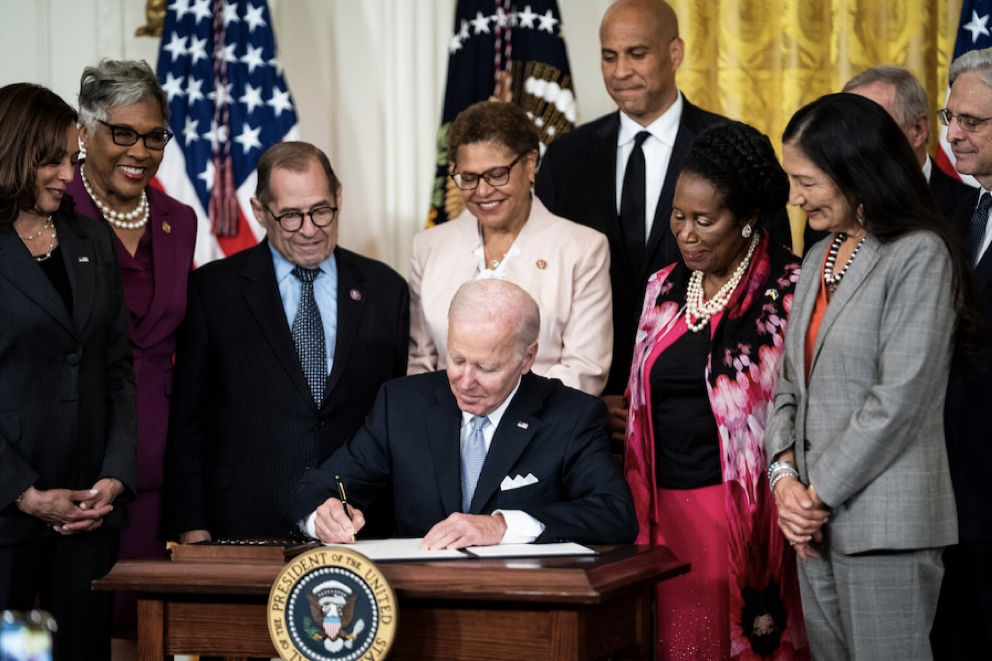 On the two year anniversary of George Floyd’s death, President Joe Biden gathered with the family members of George Floyd and other families who have lost loved ones to police killings to sign the new Executive Order on Police Reform.

Biden signed this Executive Order to correct the mishap of the George Floyd Policing Act failing to pass in the Senate in 2021. This new policing reform aims to correct the bad policing practices that continue to happen.

The reform will revise the use of force policies for police, banning chokeholds and restricting no knock warrants. The reform will also work to provide grant incentives to states that help adapt the same policies.

The biggest thing about this executive order is that this only applies to the Federal Level. So the police forces at the Federal level are the CIA, FBI, and DEA, to name a few. The majority of the killings in the black neighborhood by police come from police who work for the city.

This is a big deal because of the needed impact black communities have been calling for are on the state levels and with the local police. This Federal level change is a start, but it’s not the change needed and not the change promised to black voters in 2020.

The grant incentives will be used as a incentive to get the state and, most importantly, the city police to buy into the new changes. Activists are still working hard behind the scenes to get the George Floyd Policing Act passed to be put into law. That is an important bill that will look to correct policing tactics across all cities. That is the bill that will provide the impact that is needed.