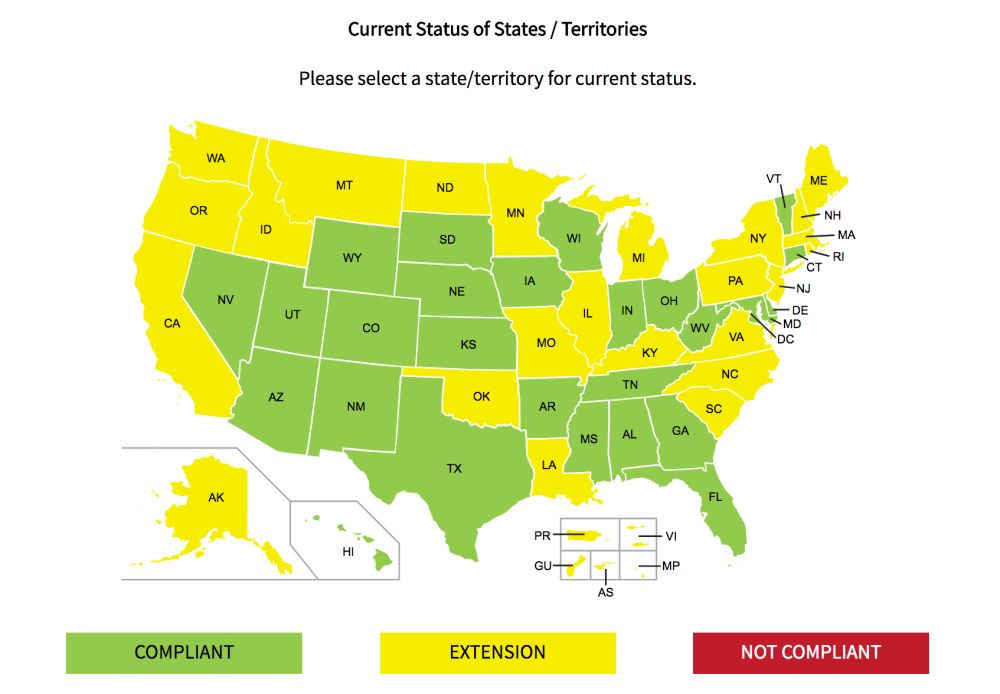 What someone can do to get those rights to vote back in these 13 states:
Alabama: The Alabama Constitution states that no one who is convicted of a felony involving moral turpitude, or who is mentally incompetent, shall be qualified to vote until restoration of civil and political rights or removal of disability. (Alabama Constitution Article VIII, 177). HB 282 defines which crimes fit the category of the list that involves moral turpitude which would disqualify someone from voting (Alabama Code 17-3-30.1)
Arizona: A conviction for a felony suspends the rights of the person to vote (A.R.S. § 13-904) unless they have been restored to civil rights (Ariz. Const. Art. 7 § 2). First-time offenders have rights restored upon completion of probation and payment of any fine or restitution (A.R.S. § 13-912). A person convicted of two or more felonies may have civil rights restored by the judge who discharges him at the end of the term of probation or by applying to the court for restoration of rights (A.R.S. § 13-905).
Delaware: Someone who is convicted of disqualifying felonies (murder, bribery, sexual offenses) are permanently disenfranchised. Those disqualified as a voter because of another type of crime shall have the disqualification removed upon being pardoned or after the expiration of the sentence, whichever comes first (Del. Const., Art. 5, § 2). (HB 10) Delaware removed its five-year waiting period, allowing those convicted of non-disqualifying offenses to vote upon completion of sentence and supervision in 2013.
Florida: Upon conviction of a felony, the civil rights of the person convicted shall be suspended in Florida until a full pardon restores such rights, conditional release, or restoration of civil rights by the governor (Flor. Const. Art. 4. 8, F.S.A. 944.292). The Executive Clemency Board sets the rules for restoration of civil rights, which includes a 5- or 7-year waiting period, depending on the seriousness of the offense. There is a list of crimes for which an individual may never apply for rights restoration. (www.fcor.state.fl.us)
Iowa: A person convicted of any infamous crime shall not be entitled to the privilege of an elector (Iowa Const. Art. 2, 5). In 2016 the Iowa Supreme Court upheld the ban on felon voting, finding that all felonies are “infamous crimes” resulting in permanent disenfranchisement (Griffin v. Pate, 2016). The ability of the governor to restore voting rights to persons convicted of infamous crimes through pardoning power was upheld in State v. Richardson, 2017.
Kentucky: Anyone convicted of treason, or felony, or bribery in an election, or of such high misdemeanor as the General Assembly may declare shall operate as an exclusion from the right of suffrage, but persons with this excluded may be restored to their civil rights by executive pardon” (KY Const.145). The Department of Corrections is required to promulgate administrative regulations for a restoration of civil rights to eligible felony offenders (KRS 196.045).
Mississippi: Someone convicted of murder, rape, bribery, theft, arson, obtaining money or goods under false pretense, perjury, forgery, embezzlement or bigamy is no longer considered a qualified elector” (Miss. Const. Art. 12, 241). If an individual hasn’t committed one of these offenses, rights are automatically restored. If an individual has been convicted of one of these, he or she can still receive a pardon from the governor to restore voting rights (Miss. Code Ann. 47-7-41) or by a two-thirds vote of both houses of the legislature (Miss. Const. Art. 12, 253)
Nebraska: In felony cases, there is a two-year waiting period after completion of probation for the restoration of voting rights (Neb. Rev. St. 29-2264)
Nevada: First-time, non-violent offenders have rights restored upon completion of sentence. Those that have committed a violent crime or two or more felonies may petition a court to grant the restoration of civil rights (N.R.S. 213.157).
Tennessee: The Tennessee Constitution denies the right to vote persons convicted of an infamous crime (Tenn. Const. Art. 1, 5). Any felony is considered an “infamous crime” and disqualifies a person from exercising the right of suffrage (T.C.A. 40-20-112). Someone convicted of infamous crimes may petition for restoration upon completion of the sentence or a pardoned by the governor (T.C.A. 40-29-101, 2-19-143). Proof of restoration is needed to register to vote (T.C.A. 2-2-139).
Virginia: No person convicted of a felony shall be qualified to vote unless his civil rights have been restored by the Governor or other appropriate authority (VA Const. Art. 2, 1). The Department of Corrections is required to provide persons convicted of felonies with information regarding voting rights restoration and assist with the process established by the governor for the review of applications (VA Code Ann. 53.1-231.1 et seq.). Individuals with felony convictions may petition the courts in an attempt to restore their voting rights (VA Code Ann. 53.1-231.2). In 2016, Virginia Governor Terry McAuliffe announced an executive order automatically restoring voting rights to convicted felons who have completed their prison sentence and their term of supervised release (parole or probation) as of April 22, 2016. The Virginia Supreme Court subsequently ruled that rights restoration need to take place on an individual basis, rather than en masse. ( www.commonwealth.virginia.gov/judicial-system/restoration-of-rights)
Wisconsin: Someone convicted of treason, felony or bribery, unless the person’s right to vote is restored through a pardon or under s. 304.078 (3)” (W.S.A. 6.03). If someone is disqualified from voting under s. 6.03 (1) (b), his or her right to vote is restored when he or she completes the term of imprisonment or probation for the crime that led to the disqualification. The department or, if the person is sentenced to a county jail or house of correction, the jailer shall inform the person in writing at the time his or her right to vote is restored under this subsection” (W.S.A. 304.078)
Wyoming: Someone convicted of a felony is not a qualified elector unless his rights are restored (W.S. 6-10-106). For someone convicted of nonviolent felonies or a first-time offender, rights are restored automatically (W.S. 7-13-105). Persons who do not meet the above qualifications must be pardoned (W.S. 6-10-106).